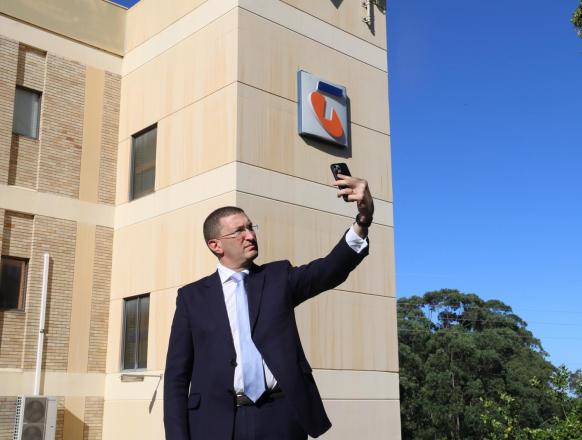 Julian Leeser, Federal Member for Berowra has made a submission to the Australian Government’s Mobile Black Spot Program (MBSP) – Round 5A Discussion Paper, advocating for adjustments to the program to allow inclusion of outer metropolitan areas such as the Berowra electorate in the program.

“The Mobile Black Spot Program has traditionally focussed on rural and remote areas, however, in order for the program to fulfil its purpose of dealing with mobile blackspots across Australia, it must include what have become chronically underserviced outer metropolitan areas such as my electorate,” said Julian Leeser MP.

“Service was better in Namibia in 2018!” advised one Galston resident.

In Kenthurst, a resident whose child has anaphylaxis and is utterly dependent on mobile coverage in case of an emergency, advised that: “We have zero mobile reception…We have spent literally hundreds of hours sitting in the car on the phone 1km up the road where we can get reception.”

Hills and Hornsby RFS and SES teams, and local police find the poor mobile coverage in the area significantly hinders their ability to respond in emergency situations.

“On two occasions—a drowning on our riverfront and a medical emergency—we could not ring 000. (This) includes mobile service and our landline,” said an RFS volunteer.

Mr Leeser’s submission highlights the problems and recommends that disaster-prone areas should be prioritised.

“The program needs to prioritise areas prone to disasters such as bushfires, storms and flooding, and the evidence in this submission indicates that the Berowra electorate is one of those areas,” said Julian Leeser MP.

In addition to recommending the inclusion of outer-metropolitan areas in the MBSP, as part of the submission, Julian Leeser MP has recommended several other adjustments to the program, including:

“Telecommunications should be like electricity and water. It is absurd that people living 40 minutes from the Sydney CBD can’t get mobile coverage,“ said Mr Leeser.

The submission by Julian Leeser MP will be reviewed and considered, along with all the submissions to Round 5A, by the Department of Communications prior to the rollout of Round 5A of the Mobile Black Spot Program.