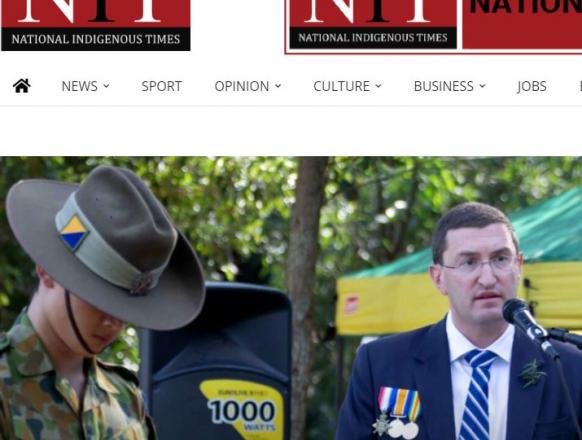 A new Parliamentary report released last Monday has recommended that Supply Nation tighten their definition of an Aboriginal business to prevent black cladding.

The Standing Committee on Indigenous Affairs’ Report on Indigenous Participation in Employment and Business made 17 recommendations aimed at eliminating black cladding and enhancing the effect of the Indigenous Procurement Policy on Indigenous communities.

Committee Chair Julian leeser said the recommendations are intended to make the requirements around Supply Nation Certification slightly stricter, to ensure that the benefits of the IPP go to Indigenous communities.

“Having richer criteria … addresses some of the allegations black cladding,” he said.

“It’s harder to make an allegation of black cladding if a company has to demonstrate some of those additional things like [Aboriginal] employment and skills transfer.”

Leeser said if the recommendation is implemented, it would ensure that only businesses whose work is genuinely benefiting Aboriginal people and Aboriginal communities would have access to the IPP.

He said he believes tightening Supply Nation’s definition of an Aboriginal business would be a good move.

“I definitely agree with having a better system in place to prevent black cladding,” he said.

“At the minute, for any one of these government jobs, people are just going and setting up, using some Aboriginal person they know to sign on as a director of 50 percent of the company and them having no input at all towards the job.”

Butler said he would strongly support audits, calling it a “fantastic” recommendation.

“That’s a good process — there needs to be something because the Supply Nation process is very simple,” he said.

Butler believes though the process of certification is rigorous, Supply Nation registration is extremely simple, and said he sees many instances of non-Aboriginal contractors winning IPP jobs.

Shadow Assistant Minister for Indigenous Australians Warren Snowden said it was “valid” to ask how the business impacts on employment and training and skill development of First Nations people “especially given the high levels of disadvantage and unemployment in the community”.

Supply Nation have welcomed the report, with CEO Laura Berry saying they have “noted” the recommendations of the Committee about the Indigenous business sector.

“We will work through the report and the recommendations in consultation with our partners,” she said.

“As always, we remain committed to our vision of building a strong, prosperous and viable Indigenous business sector well into the future and look forward to continuing to play an integral role in the process.”