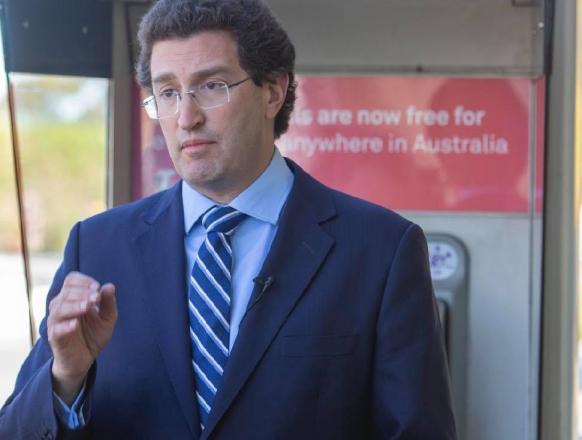 A group of politicians, angry with bad mobile service, will introduce a bill to stop telco bosses getting paid bonuses if customer service isn’t lifted.

The 17 MPs and senators say a lack of oversight and competition has left Australians with pitiful standards of customer service without facing any consequences.

Berowra MP Julian Leeser, one of the supporters, said this was particularly the case for Telstra as it was the monopoly provider in many areas.

Under the bill, telcos would be forced to give a customer service guarantee that no caller be left on hold for more than five minutes.

Fees would also be waived for people without service to their home or business for more than six hours a day between 8am and 8pm over a month.

Bonuses for telco bosses such as Telstra CEO Andy Penn would also be withheld if customer service does not improve.

Mr Leeser said he was contacted by a woman who called an ambulance when her husband started experiencing chest pain.

“When the ambulance arrived, the defibrillator could not communicate with the cardiologists to send and receive instructions because it relied on a mobile signal,” he said.

“Paramedics were running back and forth from the house to the street to try and get reception.

Mr Leeser said the move to at-home work and school had only worsened the impact of unreliable networks on people.

“We’ve got kids studying for the HSC who can’t connect with teachers because their internet doesn’t work, teachers are presenting online classes from the McDonald’s car park because they can’t get reception at home,” the MP said.

“Everyone has a story about poor coverage, and poor customer service. There simply isn’t enough accountability.”

A spokesman said complaints to the ombudsman were on the decline, falling to their lowest level in five years.

“Telcos have maintained high network and service standards against the backdrop of rising demand, natural disasters and the myriad challenges arising from Covid-19,” a statement said.

The association also accused Mr Leeser of being unrealistic, labelling his bill an “impractical non-solution.”

“The draft Bill includes measures that are impossible and/or infeasible to implement or would impose crippling costs on consumers and the industry,” the statement said.

Telstra was contacted for comment but referred NCA NewsWire to the CAAMTA statement.