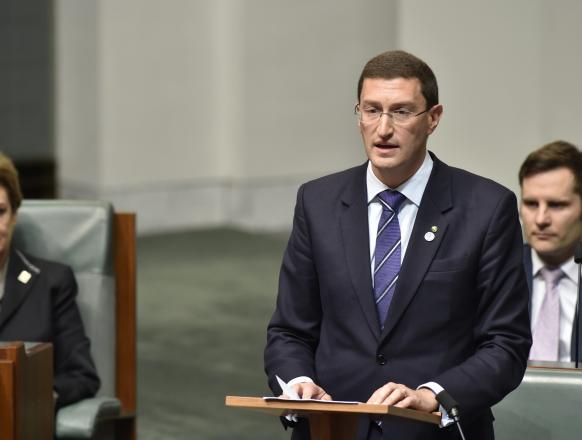 The triumph of good over evil, hope over despair and darkness, knowledge over ignorance—these ideals were the cause of celebration in the Indian-Australian community last week as part of Diwali, or the festival of lights, celebrated by Hindus, Sikhs, Jains and Buddhists. There are around 600,000 Australians of Indian heritage, and I have 6½ thousand of them living in the Berowra electorate. They play an active role and make a much valued contribution to our community, and I wish I had more Indian-Australian constituents.

As the Chair of the Parliamentary Friends of India, Diwali is my favourite festival on the multicultural calendar. Diwali is a time of joy when family and friends come together. The Hindu story of Diwali tells of the return of Lord Rama and his family after 14 years of exile during which he defeated the demon king Ravana. To honour Lord Rama’s return and his victory, the villagers lit diyas to illuminate their path and celebrate the belief that good ultimately triumphs over evil. To symbolise this, every year on Diwali homes are filled with light. Diyas and candles are lit, children play with sparklers and fireworks are set off in celebration. People open their doors and windows to welcome Lakshmi, the goddess of wealth, fortune and prosperity and ask her for blessings for a good year ahead.

The Sikh version of the festival, Bandi Chhor Divas, is held at the same time as Diwali commemorations and notes the release of the Guru Hargobind Ji and his arrival in Amritsar on the eve of Diwali in 1619. He was imprisoned by the Mogul emperor Jahangir and won his release with 52 fellow prisoners. When he arrived in Amritsar, the people lit up the whole city with candles and lamps. Bandi Chhor Divas is a time for family and is celebrated with feasts, gift giving and the lighting of homes.

Diwali also marks the end of the Hindu year. I attended Hindu New Year celebrations for 2074 and the festival of Annakut at BAPS Shri Swaminarayan Mandir. The highlight of the festival is the offering of Annakut, a mountain of food traditionally arranged in tiers or steps in front of the altar, resulting in a spectacular display.

I particularly would like to acknowledge the people who organised the various Diwali celebrations I attended, including Mohit Kumar, the President of the Council of Indian Australians, and Shubha and Aksheya Kumar from the India Club at Castle Hill where I did a famous bangara dance, which has gone viral, to the tune of Dil Ka Maamla Hai Dilbar. Let me acknowledge the highly talented and very patient Mona Grover, my dance teacher. I also acknowledge Professor Nihal Agar from the Hindu Council, where I spoke in Hindi, Harbir Bhatia from the Turramurra Gurudwara Sydney, where I participated in worship services and feasted on vegetarian food, and Darshan Desai from the BAPS Shri Swaminarayan Mandir in Rosehill for Annakut, where I tried out my Gujarati. I appreciate the encouragement and support I have received from the community in Berowra and more broadly around the country. I wish all the people in the Indian-Australian community a very happy Diwali. May this Diwali bring joy and prosperity. Shubh Diwali. Dhanyavaad.