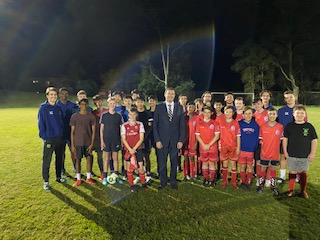 A re-elected Morrison Government will invest $2.5 million to deliver much needed upgrades at Campbell Park in West Pennant Hills, providing the local community with new facilities and better amenities.

“Like the Football Club, Campbell Park has some of the oldest facilities in the area, which is why

“Currently, 107 teams use the Campbell Park fields and these upgrades will provide better amenities and improvements to the field, which will make a huge difference to the players, their parents and supporters.

“The Club has experienced an increase in participation, especially among women and girls, and these upgrades will make the fields safer, more accessible and provide space for the club to grow even more.

“Sporting clubs are an important foundation of our community, they bring people together, keep us active and teach us sportsmanship and fair competition.

If re-elected the Morrison Government will deliver this project in partnership with the West Pennant Hills Cherrybrook Football Club and the Hornsby Shire Council.

Only the Morrison Government will continue to deliver a better future for Berowra as part of our plan to build a strong economy and a stronger future. 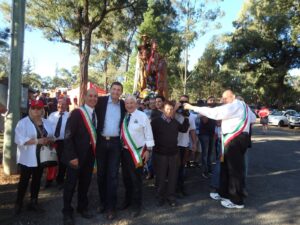 Berowra residents will have access to a new Community Centre with a re-elected Morrison Government committing $150,000 to complete the upgrade of the San Giorgio