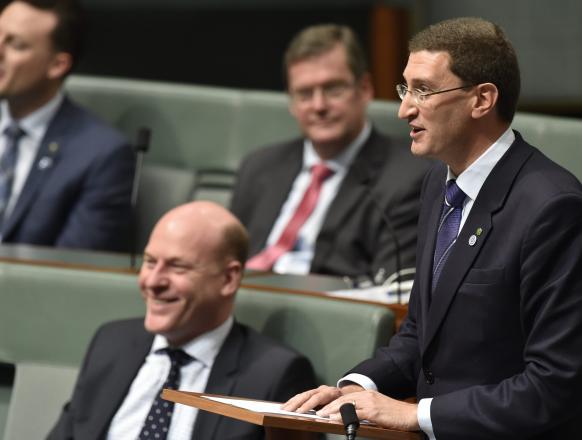 As the sun rose on 31 October 1917, 40,000 Allied troops charged towards the small town of Beersheba to fight in what would be later known as one of Australia’s greatest victories in the First World War. This month marks the centenary of the Battle of Beersheba. One of the men who fought in this battle was my great-grandfather Sylvester Henry Browne, a commercial traveller. He served in the 1st Australian Light Horse Regiment at the Battle of Tel el Saba as part of the greater Beersheba campaign. A Department of Foreign Affairs and Trade report on the history of Australia and Israel relations states of my great-grandfather that ‘he proudly claimed to have been the first Jewish soldier of the British and Imperial forces to enter the ancient land of Israel’.

Beersheba was a heavily fortified town in the Negev desert, anchored at the end of a defensive line which stretched all the way from Gaza on the Mediterranean coast. The origins of the name Beersheba go to the Bible. ‘Beersheba’ refers to the Hebrew be’er, meaning ‘well’, and sheva, meaning ‘seven’, referring to the seven wells dug by Abraham and Isaac. The town was a strategic Turkish stronghold. After two unsuccessful frontal attacks on Gaza, the Allies decided that the capture of Beersheba would allow their forces to outflank Gaza from the south-east.

The strategic aims of the British and Australian forces in Beersheba were twofold: firstly, to knock the Ottoman Empire out of the war—the Ottoman Empire was in a gradual state of decline, having lost most of its North African territories and almost all of its European territories; and, secondly, to defend their control of the Suez Canal, a vital naval passageway to transport troops and supplies. The challenge of fighting in the desert was the lack of water for men and their horses. Therefore, to maintain hydration, Beersheba had to be taken in one day.

A successful attack on Beersheba required, first, the capture of Tel el Saba, a smaller strategic town three kilometres to the east that protected Beersheba’s eastern flank. Enemy resistance at Tel el Saba too had been stronger than expected. It took about nine hours of intensive fighting for the Allied Forces, including the 1st Australian Light Horse, to capture the town. With time running out before dark, Lieutenant General Sir Harry Chauvel ordered the 4th and 12th Australian Light Horse Brigade to charge at the Turkish trenches around Beersheba in one last hopeful attempt. The Australians faced a thousand Turkish riflemen with unrelenting machine gun and artillery fire. Before the men embarked, Australian Brigadier William Grant proclaimed: ‘Men, you’re fighting for water. There’s no water between this side of Beersheba and Esani. Use your bayonets as swords. I wish you the best of luck.’ The shock value and the sheer speed of the successive waves of horsemen saw them break through the Turkish defences in less than an hour, securing water and over 700 Turkish prisoners. Unofficial reports propose that after days without water, the horses could actually smell the water within Beersheba and galloped over the trenches to the source.

The fall of Beersheba enabled the Allies to outflank the defensive line, with Turkish forces eventually abandoning Gaza on 6 November 1917. Jerusalem also fell to the Allies in the closing days of 1917 as Christians and Jews gathered together to reclaim the Holy Land. My great-grandfather wrote of his joy in being able to celebrate Passover the following year, 1918, in Jerusalem, stating: ‘I consider myself very fortunate at having the luck to be here as this thing is now history, never to be wiped off the slate, but can carry on forever and ever.’ The battle was not without its casualties. Of the 800 men who rode in the charge, 31 light horsemen had been killed.

Unlike Gallipoli, which was a famous defeat, Beersheba marks a victory for the Australian troops and is hailed in history as the last successful cavalry charge. While there is no doubt that this battle was an iconic military victory, Beersheba has a much broader significance. It provides a shared piece of history for Britain, Australia and the Jewish people more widely. The Battle of Beersheba marked a new beginning for Israel and the Jewish people. The following day, the Balfour Declaration was released by the British government, proposing the establishment of a homeland for the Jewish people in Palestine.

Later this month, I will travel at my own expense to Israel to attend the centenary events commemorating the Battle of Beersheba. It will be a privilege to retrace my great-grandfather’s footsteps. Like my great-grandfather, the light horsemen of Beersheba came from all over Australia—mainly from small towns—and demonstrated great courage, conviction and horsemanship. The sheer grit of the Australian Light Horse, as in Gallipoli, was demonstrated at Beersheba. Beersheba is not as famous as Gallipoli, but hopefully these centenary commemorations will help draw the attention of a new generation of people to the heroism of our troops.